“An admirable exercise my friend.  Continue it.” – Agatha Christie, Peril at End House 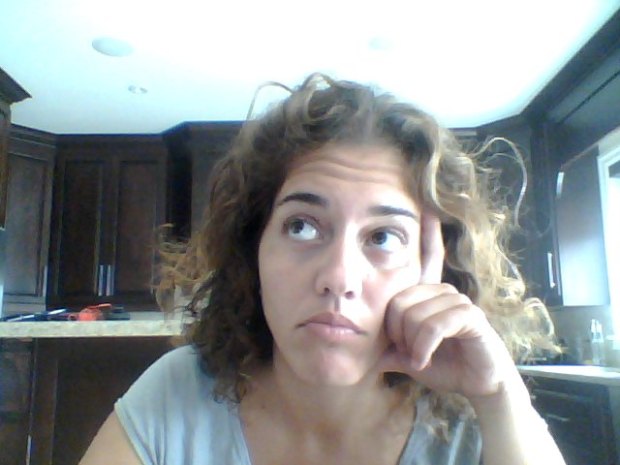 If it were only that easy!  As the saying goes – It’s easier said than done.  How the heck do you stop thinking? It’s easy to suggest to someone what they should do, especially if it’s for their own good, but without giving instructions, it’s pointless.  Seriously, what IS the point?

I really didn’t think I thought too much.  I thought everyone thought the way I did.  But then I was told “Smartie, you think too much.  Cut it out.”  I’ve heard this from many people.  I’ve also had people tell me that sometimes it can be hard being around me because of the way my brain processes things.  It’s not like I have a choice to not ‘think’ as much as I do. I was born this way.  To me, this is normal.

So what does it feel like to think a lot?  It’s exhausting at times.  I need regular ‘alone time’ moments to decompress and unwind.  Repetative actions also help slow down my mind.  I still think, but the speed at which the thoughts pass through this brain is reduced.  Yesterday I was working on my front lawn, trying to bring it back to life.  I mowed the lawn, laid down grass seed and spread soil overtop.  It took me about six hours and that helped.  It was very meditative.  I didn’t think much. 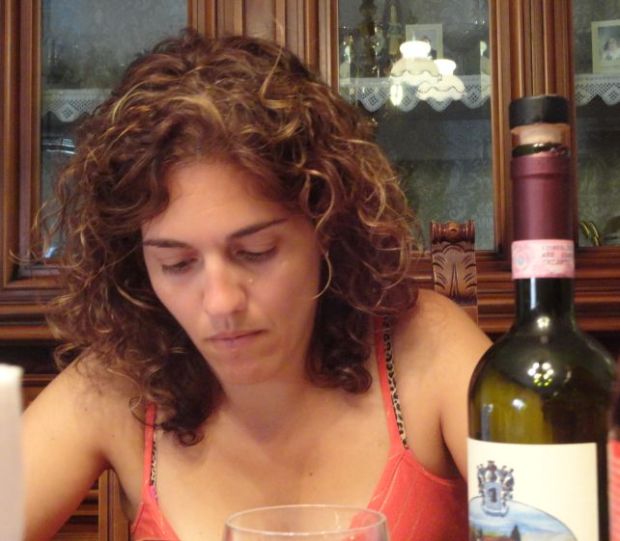 What makes it worse for me? Multi-tasking.  The weird thing is, I can be thinking of a million different things at one time.  Sometimes it stresses me out, but most times I’m ok with it. But the intresting thing is, I totally suck at physically multi-tasking.  I can’t do more than one physical task at a time, most times.  A former employer of mine, RL Solutions, sent my department on a time management course, and we were taught that multi-tasking makes you stupid.  This person actually suggests that you DO NOT multi-task.  Well thank goodness because if there are too many things which I’m trying to get done at the same time, this little brain of my will fizz out.  I would be trying to do two or three things at the same time, while thinking of five or six different things too.  What a sight that would be!

A while ago, someone said that they were amazed at how my brain works, and I was asked to draw a picture of how I perceive my brain thinks.  This is what it looks like to me, from the inside.  Interesting, isn’t it?  Or is it scary? 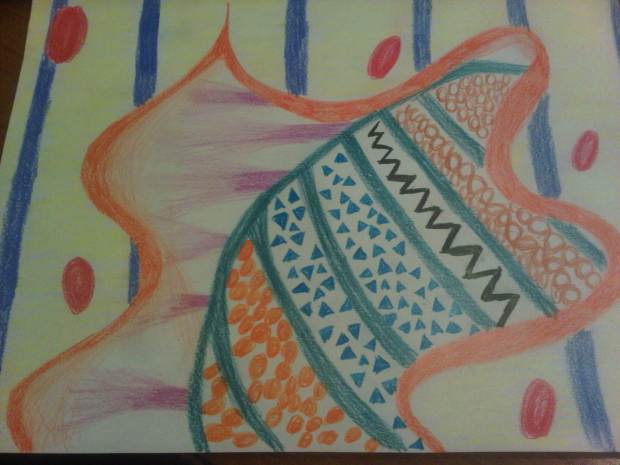 What do I think about?  Haha, I wish I could tell you.  I remember my ex always saying to me, what are you thinking?  I was shocked by this question because I wasn’t sure what to tell him.  Exactly what AM I thinking?  If people could hear my thoughts, I’m sure they would either be scared or extremely confused.  Some are common, but some are completely random.  I would love for a day to just be able to sit down and not think.  That’s not going to happen because first of all, I don’t even know what it means to just sit down and do nothing, and secondly, I don’t even know how to not think.  And if I’m exhausted or anxious, look out!! There is a steam roller incident looking to happen.

I mentioned that I was like this all the time.  I remember back in elementary school the teachers would complain and say that I “daydreamed” too much.  I guess that was the start of it.  I would “space out.”  Today it’s called “lost in thought.”  I have been asked  a couple of times by my therapist “where did you go just now?”  And of course, my answer would be “I was thinking.”

Lately the levels of stress have been a bit more than normal.  This, of course, causes me to think some more.  The other night my daughter had a bad dream and called out to me.  I went to her room to comfort her and when I returned back to bed, rather than sleeping, I remained awake for an hour thinking about about a number of different things: the best route to my new job which I start next week, what the time and price difference would be if I would take transit vs. driving, what is the best way to tackle the repairs to the front lawn – how much soil do I put down after sprinkling grass seed, and how much water, should I call my hairdresser for an appointment next week or the week after, are my roots that noticeable, what should I pack for snacks for my daughter’s lunch and on and on.

People, it was 4am and this was ridiculous!  I needed sleep! 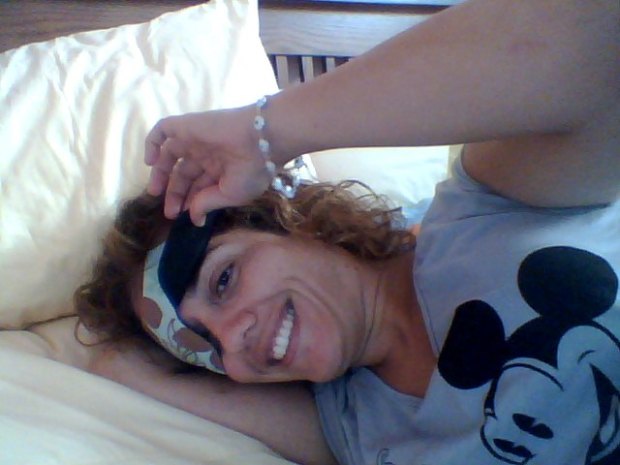 Luckily I’m becoming more aware of my thought patterns.  This is the first step to finding ways to bring myself back to present, and deal with this issue.  I’m finding that writing helps because it makes me focus only on one thing at a time.  It’s impossible to write about two or three different topics at the same time.  Yes, I admit, I’ve tried.  It’s stressful.  And there is something so cool which is awesome and relaxing – when it works.  It’s called meditation.  Getting into the ‘zone’ is a struggle most days.  Those thoughts are zooming around in that head of mine like ping pong balls.  But it works.  I’m teaching my daughter how to meditate too.  That kid is following in my footsteps and it’s better to teach her how to calm her mind down now, rather than later.  Bed time has become somewhat of a disaster lately because she uses that time to think as well.  Last night in a span of five minutes she talked to me about school, dinner, Mexico and what the term “the proof is in the pudding” means.  Oh boy. 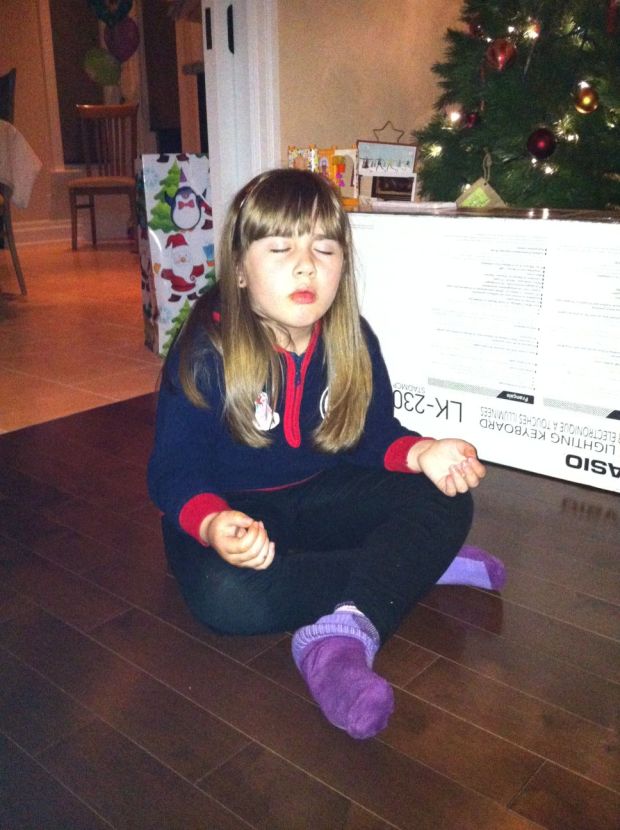 So there you go.  If you’re wondering about the randomness of my posts, now you know the reason to it.  It’s like fishing in my brain, and the catch of the day determines the topic you’ll be reading about.  And if this post doesn’t make any sense, I’m sorry.  I’ve tried my best to slow down these thoughts.

One thought on “She Be Thinking….”